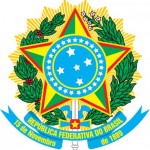 Brazil is the world's fifth biggest country, covering an area much larger than Western Europe, bigger than the United States (excluding Alaska).

Brazil shares a border with every other country in South America apart from Ecuador and Chile – eleven in total – and has lived in peace with all of them for almost 140 years.

It is estimated that Brazil contains greater biodiversity than any other country on Earth. The rivers of the Amazon region, for example, are home to more than 1,500 different species of fish.

The Amazon river, most of which lies inside Brazil, could be the longest in the world. The discovery in 2007 of what appears to be the Amazon’s true source – in southern rather than northern Peru – would give it a total length of 4,250 miles, about 90 miles longer than the Nile.

With more than 185 million people, Brazil is the world's 5th most populous country after China, India, the United States and Indonesia. The population is currently growing by approximately 1.5% per year – a lower rate than in most other developing countries. By 2015, according to current projections, Brazil will have been overtaken by Pakistan as the 5th most populous country.

For Icelandic companies & citizens the Brazilian Embassy in Oslo, Norway has the jurisdiction to provide all services, such as work visas, documents legalization, passport renewal, etc.

Icelandic citizens do not need a visa to visit Brazil as tourists for stays up to 90 days.

Please access the Brazilian Embassy website at http//brasil.no and follow the instructions there. Details on Consular Services of the Embassy can be accessed directly at the following link: http//oslo.itamaraty.gov.br/en-us/consular_sector.xml.

The Icelandic Consulate is a honorary one without any jurisdiction to provide these services. 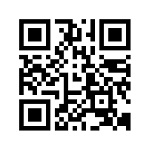 Embassy of Brazil in Oslo Norway